This post contains affiliate links, which means if you make a purchase through a link I will make a small percentage.

That’s right, Pinterest, I finally broke down.  I actually swore to myself a month ago that I would never waste my time on something so ridiculous.

Then the other day, I suddenly HAD to try it because I was so intrigued by the concept.  Or because I’m trying to watch my calorie intake and I really, really wanted pizza.

So I scoured Pinterest for a recipe and took different bits and put together this concoction.

1.  Cut up the cauliflower and put it in your food processor, I have a Hamilton Beach

(I didn’t cut it up enough, so it took a long time). Start processing. 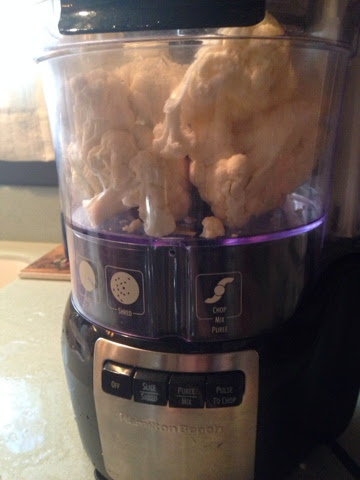 Be sure it’s processed well, without any chunks. 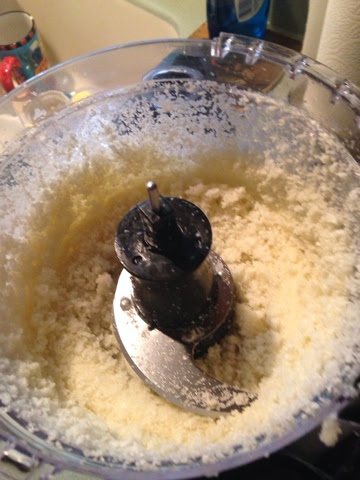 2.  Add it to a big pot of boiling water.  Let it boil for 4 minutes.  Be sure to keep an eye on it, I wasn’t paying close enough attention and it boiled over. 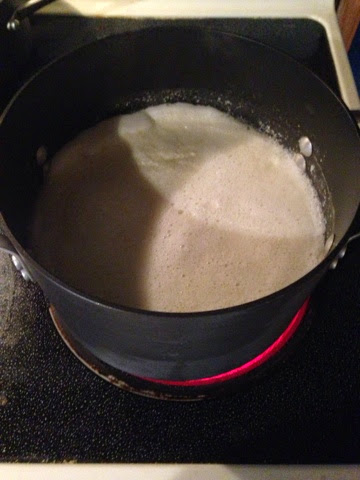 (If you don’t want to boil it, you can microwave it instead.)

3.  Once the 4 minutes is up, dump it into a dish towel that’s placed in a colander.

4.  Let it cool for a bit, then twist the towel at the top and squeeze the crap out of the cauliflower.  You want to get as much water out as you possibly can.  There will be a lot. 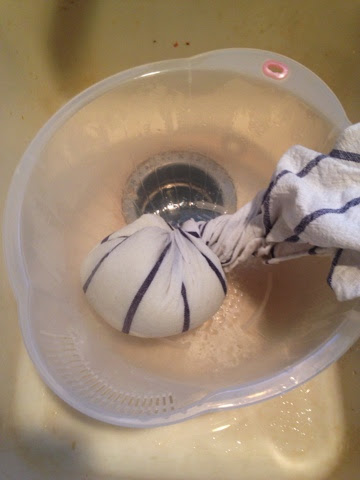 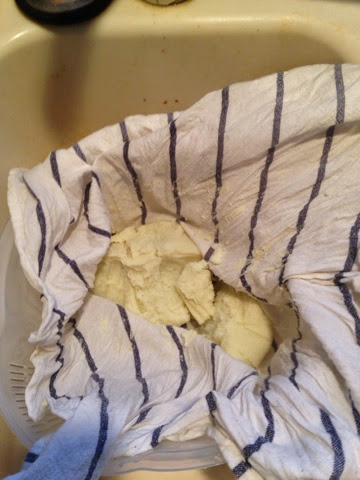 5.  Add to a bowl with the rest of your ingredients and mix well. 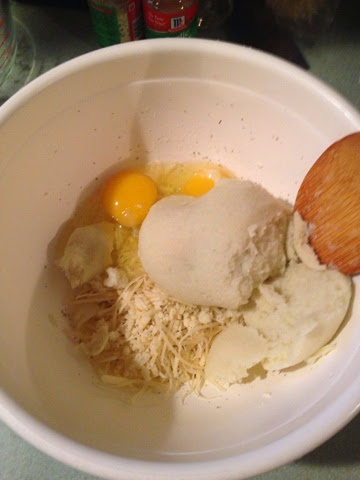 6.  Press it out on a parchment paper lined cookie sheet.  I shaped it as much like a pizza as I could. 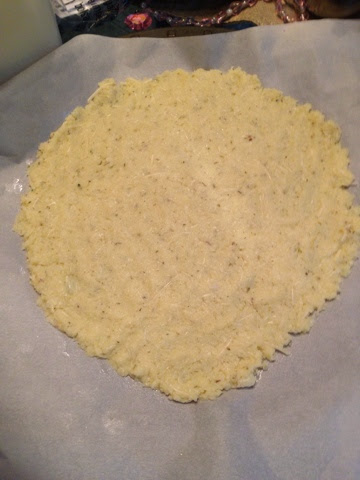 8.  Add your toppings.  I added sauce, mushrooms, pancetta, and mozzarella cheese.  You can either buy the pizza sauce in the jars, or like me, I didn’t have any so I improvised.  I mixed canned tomato sauce with an Italian Seasonings packet. 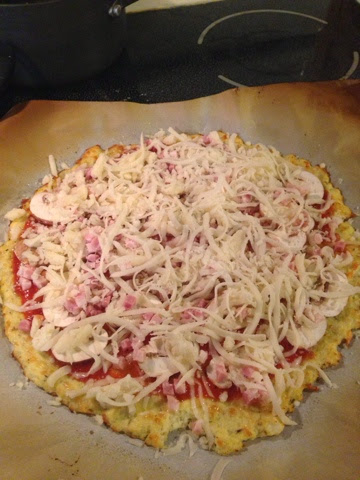 9.  Bake for about 5 more minutes, or until the cheese is melted and bubbly.

The crust was pretty floppy-except the crispy bits on the edges.  And it was also a bit spongy.

But the flavor was amazing!  I will definately be trying this one again.  One thing I will do differently is spread it out thinner on the sheet.  If that doesn’t work, I will try something else.  Because it is so worth it!!

(The recipe above is enough to make two pizzas.  After cooking the crust, and adding the toppings, you can wrap it and freeze it. Then cook at 425 degrees for 12-15 minutes-or until cheese is bubbly.  So delicious!)

**Update! I have tried this recipe a few times since writing this post. When spreading the crust out, I covered it with plastic wrap and use a rolling pin to make it as thin as possible. It is so delicious!!