Lately I have been obsessed with making more homemade food.

It all started with the almond butter. I never thought I would like it, and because of the price, I never had the desire to try it.

I needed a bunch of raw almonds for a recipe-and I WAY overestimated at the store. So I had a ton of leftovers. I thought, why not? I roasted them, then turned them into almond butter. And haven’t looked back.

Soon after I made my first batch of almond butter, my husband started nagging me (not as fun when someone else is doing it), to make cashew butter. After a few months, I finally caved. Same deal as the almonds, roast (350 for 10 minutes),

then blend in food processor.

Don’t try it with the roasted cashews from costco! They are way too salty-it does not taste good! (Yes I am speaking from experience!!)

Your best bet would be to buy in the bulk section of your store and get the raw cashew pieces. It’s much cheaper that way and you’re going to blend the crap out of it anyhow, so they don’t need to be whole.

With almonds, you have to blend for quite awhile, (about 10-12 minutes.)

With cashews, it’s almost twice that! And that’s not before you think, “This isn’t working, I must have done something wrong.”

Hang in there. Keep blending. It’s worth it. It turns into cement at first. Scrape it off the sides, break it up and just keep going.

You’ll think your food processor has had enough and it’s going to break. If you feel it needs a rest, that’s fine. But then, go a little bit longer.

Eventually, the oil will release and suddenly, out of nowhere, it will be nice and creamy. And so very delicious.

Yesterday I found a new love. I was making almond butter and decided to add some chocolate chips to it. It was ridiculous, and it’s already gone. 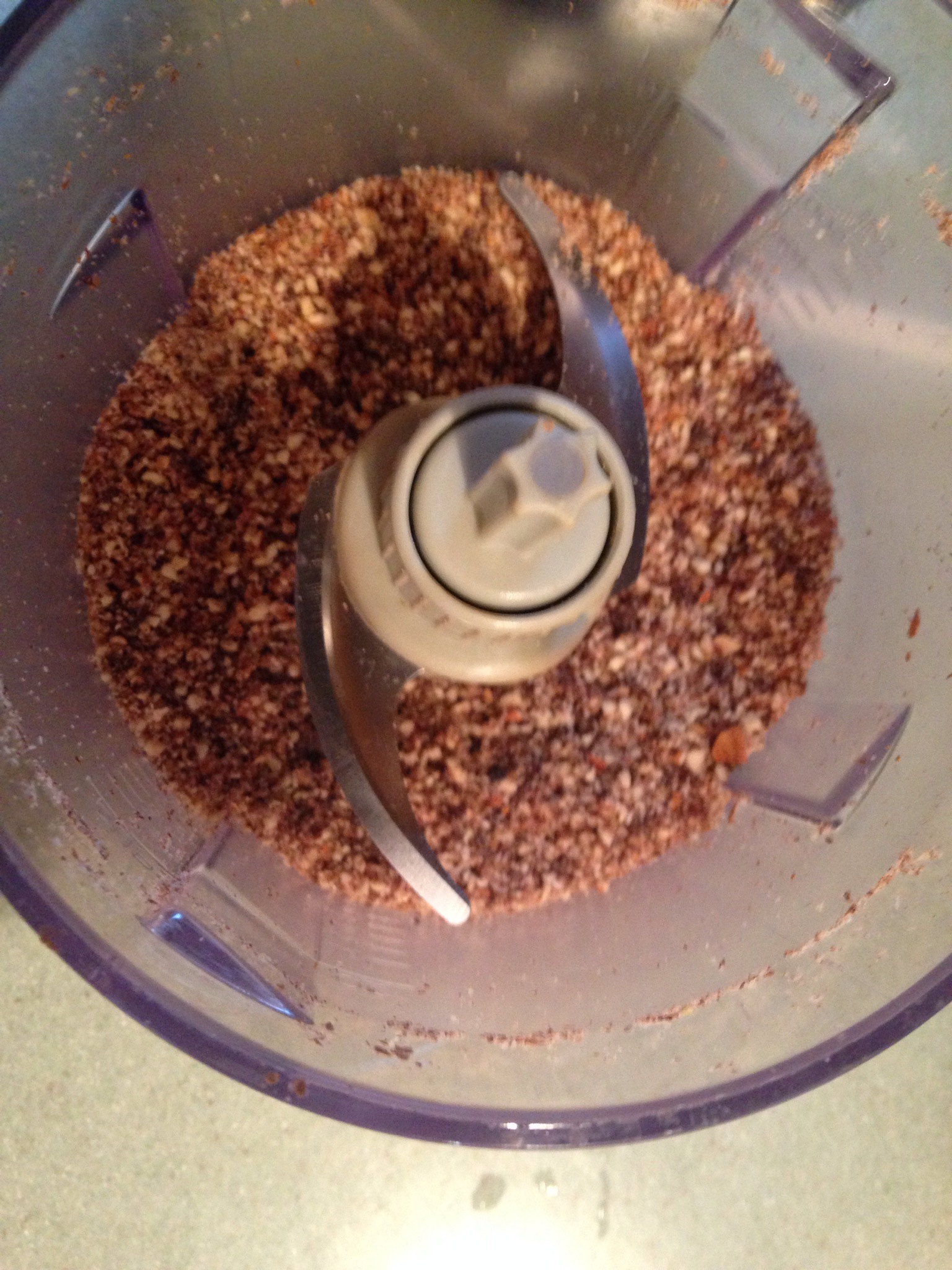 It’s so much better than Nutella! Not only because it tastes better, but it is so much healthier! No added sugar! No added unpronounceable ingredients. Just roasted almonds and chocolate chips.

Next time I make cashew butter, I will have to do the same. That’s how I eat it anyway, on toast or a spoon with some chocolate chips.

It may sound more involved than you would like, but really, it isn’t. And the tiny bit of effort you put in to make it, is so worth it, I promise!

My kids’ favorite is almond butter on graham crackers with a bit of jelly-so good!

Next up is peanut butter-because I actually haven’t made that yet. Haha!

What’s your favorite thing to make at home?