Easy Dessert the Kiddies Can Make

Ever since Z was two, we’ve tried making it a weekly tradition to have a family movie night. It never usually worked out because our little girl has a short attention span. Last night we had success! She’s finally reached the age where she gets really into a movie and wants to watch the whole thing. (Next stop, the theater!!)

We had pizza and watched the movie Brave. While the pizza was cooking, I thought we could add to our tradition and make a fun little dessert.

I don’t have an official name for them, so I’ll just call them “chocolate pockets.”

Pie crust (as I’ve said in a previous post, I use store bought, but feel free to make it yourself.)
Chocolate chips
Mini Marshmallows 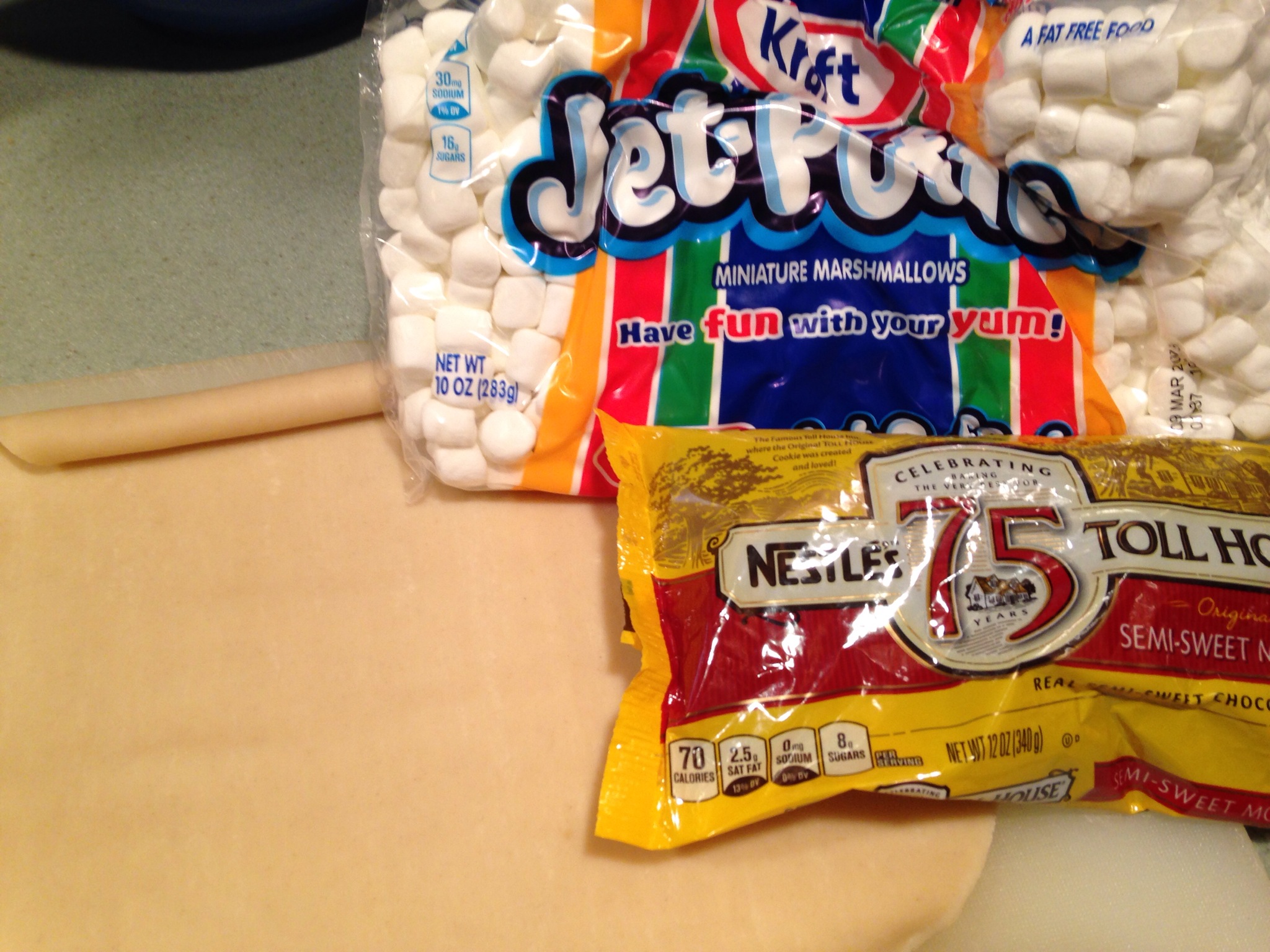 1. Cut the crust in half with a pizza cutter (I helped my girl). Then cut each half into smaller pieces. I’m still working on letting Z do her own thing and make her own decisions in the kitchen. Still a challenge for me, but it’s so cute because she’s so proud! 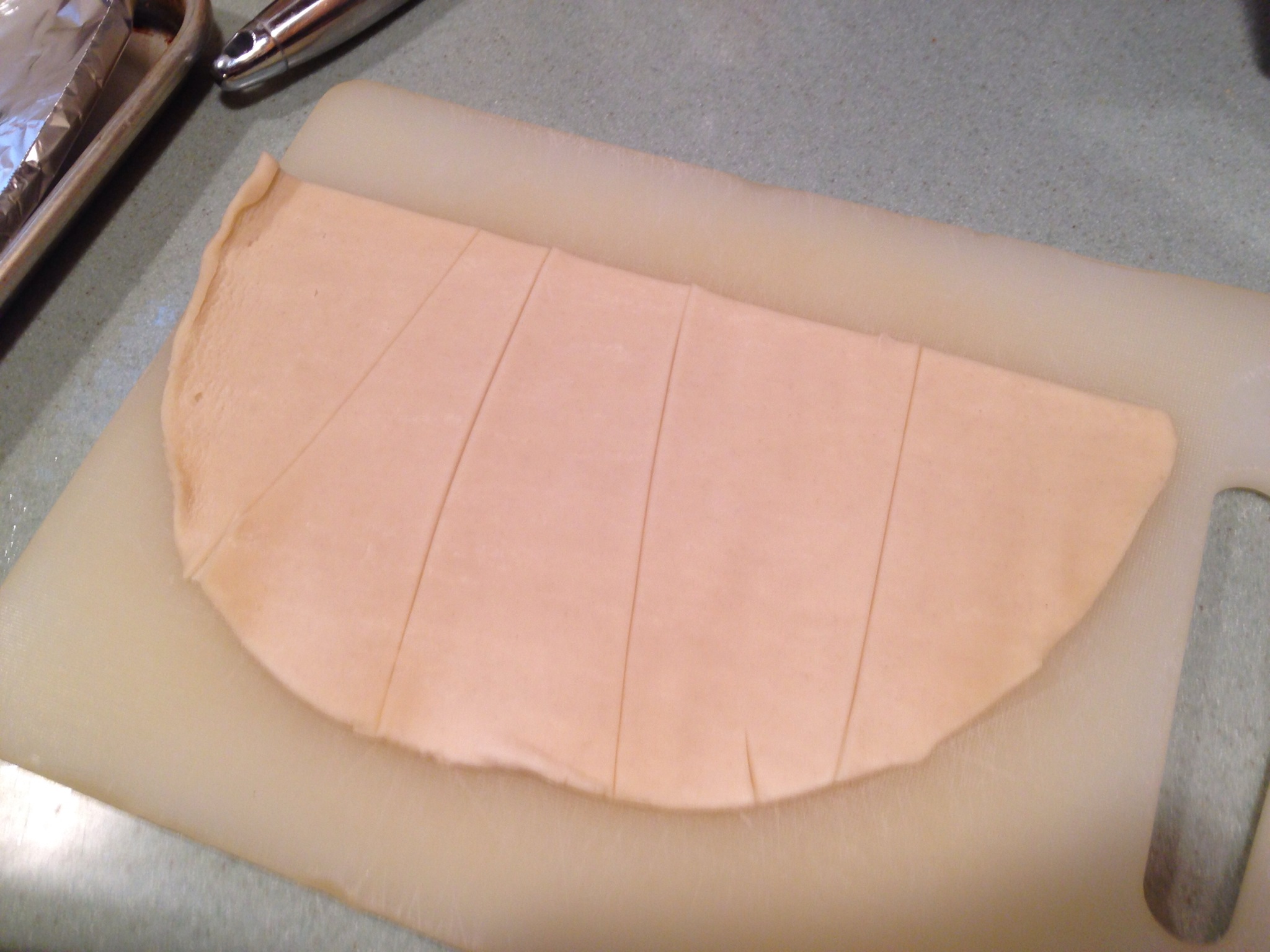 2. Put chocolate chips and marshmallows in the middle of each piece.

3. Fold the dough over and press the edges to seal. I’d like to say they look funky and misshapen because the toddler did it. That would be a lie. 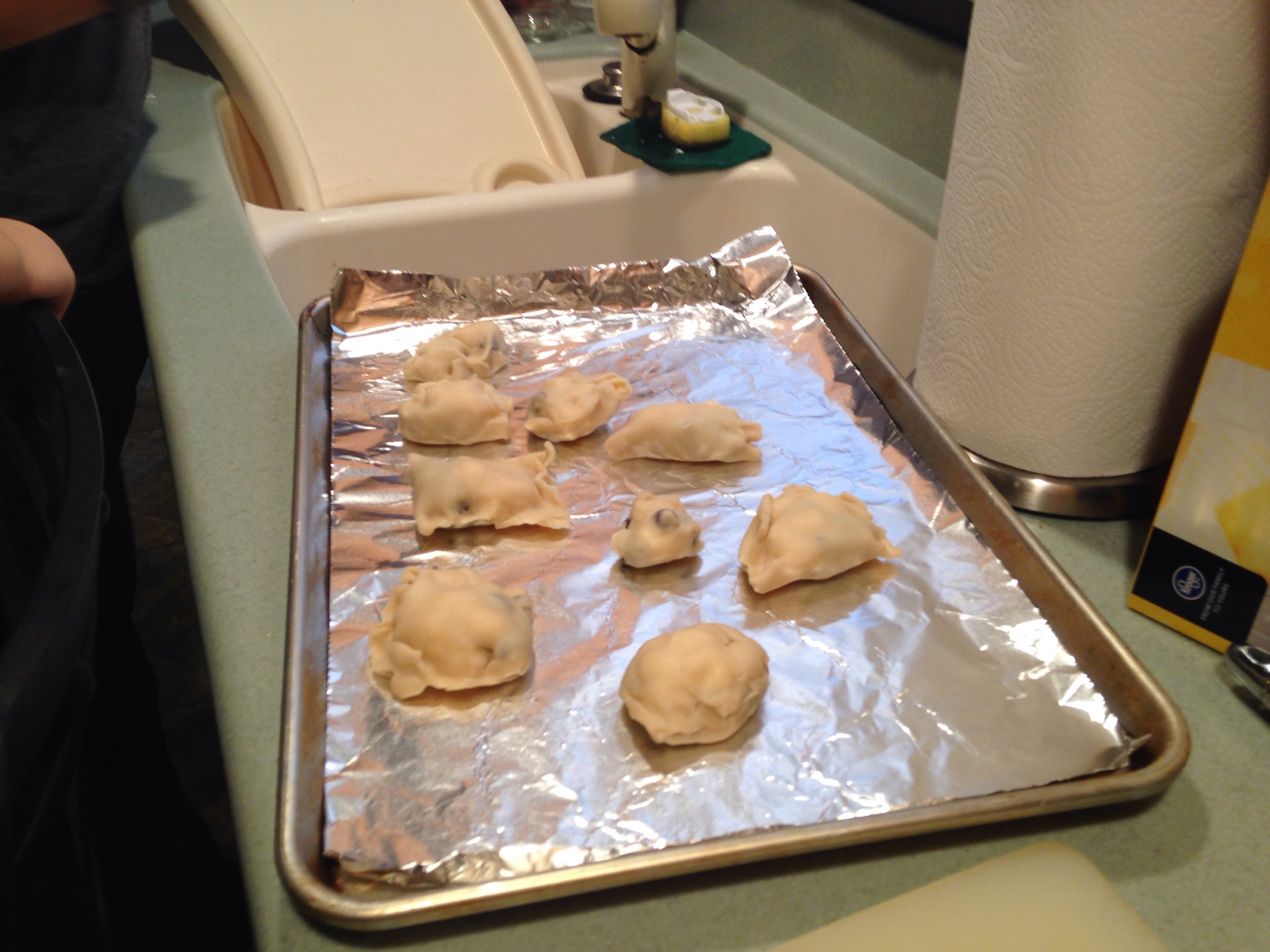 4. Poke holes on top with a fork. Another easy job for the girl, I just supervised (closely). 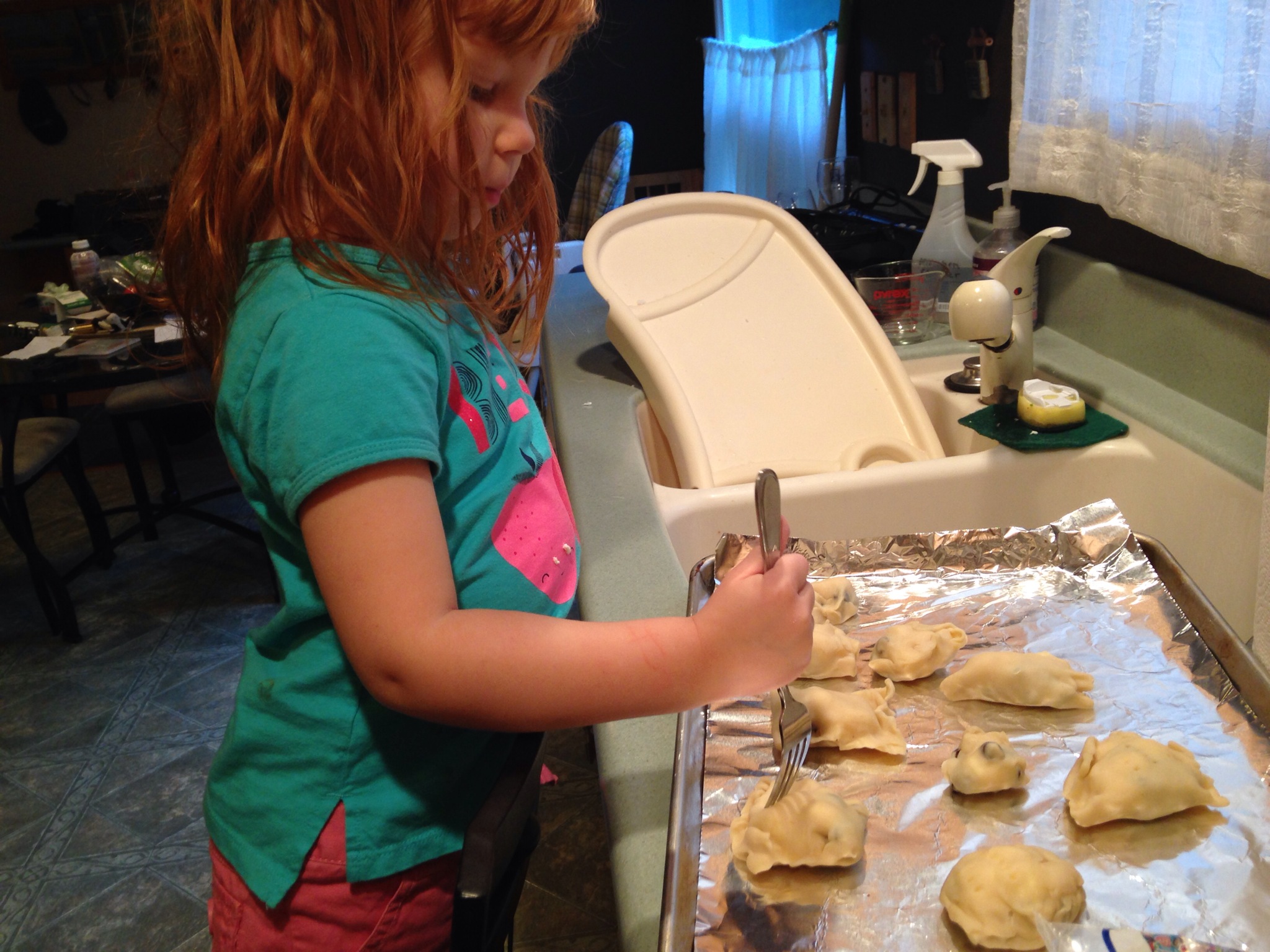 5. Put them on a pan lined with foil. The foil is helpful for easy clean up. Two seconds versus five minutes of scrubbing.

This was a great dessert because the little girl got to do most of it.

I almost added a bit of butter and cinnamon and sugar on top just to make the crust part tastier. I am so glad I didn’t! The marshmallows were no longer visible because they were in the crust, which made it so good!!

We got to enjoy our little treats during the movie. At first I wasn’t sure about them. Now, I can’t stop thinking about them. Enjoy!

Do you do anything special on movie night, or family fun night?

A Forbidden Side Dish